HomeNewsNewsCroatian and German leaders discuss tourism, economy and the introduction of the Euro

Croatian and German leaders discuss tourism, economy and the introduction of the Euro 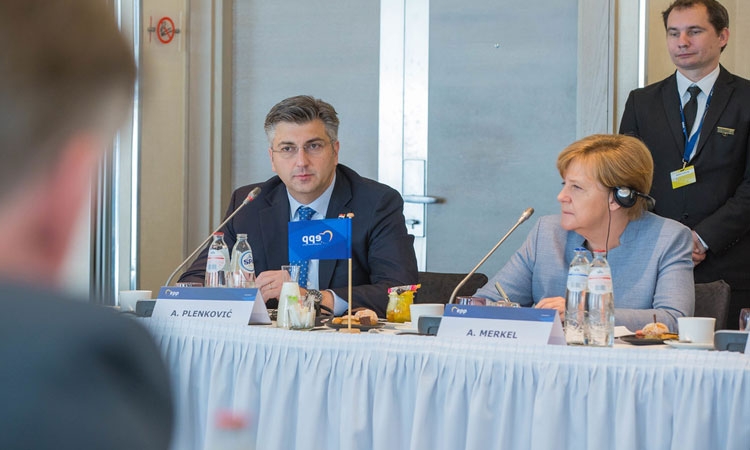 Croatian Prime Minister, Andrej Plenković, and German Chancellor, Angela Merkel, discussed the priorities of Croatia’s current EU presidency, which will be taken over by Germany on July 1. The topics included the reactivation of the economy, the tourist season and the introduction of the Euro as the official currency in Croatia.

Chancellor Merkel congratulated Croatia and the Prime Minister on the successful first presidency of the EU Council, especially in view of unforeseen circumstances, such as the global pandemic Covid-19, the Croatian Government said in a statement. And to be fair this first and somewhat historic first presidency of the EU council has greatly hampered by the pandemic, meaning that a great deal of the meetings and congresses had to be held via online video calls.

The two leaders also emphasized the satisfactory epidemiological situation in both countries, which is helping to enable the reactivation of the economies and indeed tourism and the gradual recovery of air traffic, the statement read. All this together should result in an increase in the number of tourist visits this summer and a faster recovery of the economy.

Plenković and Merkel also discussed the upcoming European Council meeting on June 19 on the EU budget for the next seven years.

The topics of discussion were also the EU recovery plan, which envisages assistance of over 10 billion Euros for Croatia, and Croatia’s efforts to enter the European Exchange Rate Mechanism (ERM II) and the adoption of the Euro as the official currency, as well as entry into the border-free Schengen area. It has been reported recently that Croatia could introduce the Euro as early as 2023.