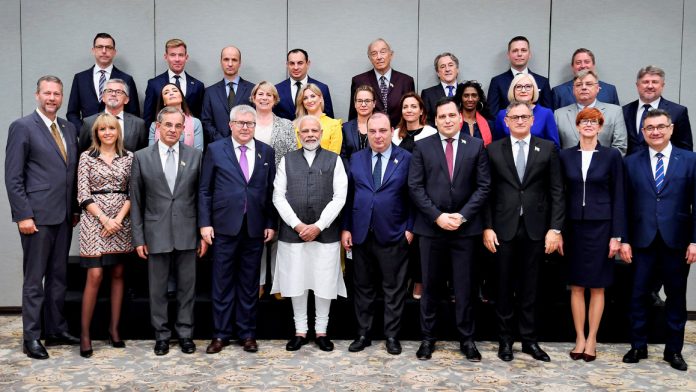 The summit was scheduled to take place on 13 March to address some of the rising irritants in the relationship.

New Delhi: The much-awaited summit meeting between India and the European Union, which was set to take place after two years, has been cancelled due to the coronavirus threat.

The India-EU Summit was scheduled to take place on 13 March. Although it is an annual affair, it has not taken place since 2017 due to internal issues even as the bilateral relationship has turned fractious over issues on trade and investment.

“With regard to the proposed India-EU Summit, both sides have agreed that due to health authorities advising against travel between regions, it would be wise to reschedule the summit to a later mutually convenient date,” said Raveesh Kumar, spokesperson, Ministry of External Affairs.

Kumar said the decision to defer the summit has been “taken in the spirit of the close cooperation between India and the EU who share the same concerns and commitment to global health and hope that the outbreak is contained soon”.

The summit was last held in 2017. In 2018 the summit could not be held as both sides were facing severe issues concerning bilateral trade and investments even as issues around Brexit kept the Europeans busy.

Subsequently, in 2019 both European Parliamentary as well as India’s general elections took place that left no time for both sides to pick up where they left off in 2017.

According to official sources, there were reports of an official in the EU headquarters in Brussels being tested for Covid-19. Within the EU, Covid-19 has spread mainly in Germany and Italy.

“In view of precautionary measures related to the global spread of COVID-19, the EU and India have jointly decided to postpone the EU-India summit foreseen initially for 13 March in Brussels,” said an EU official who refused to be named. “The two sides will now look to agree on a new summit date through mutual consultations. In the meantime, we will continue work on our joint agenda to make progress across all aspects of our relations.”