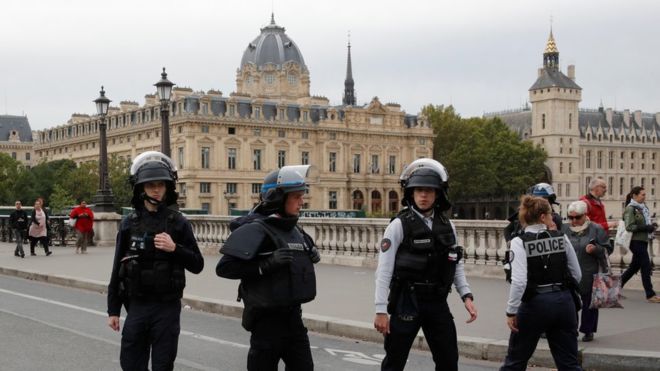 The attacker, who was reported to be a member of staff inside the building, was later shot dead by police.

The area in the île de la Cité – in the centre of Paris – has been sealed off.

Thursday’s attack happened at about 13:00 local time (11:00 GMT) in the courtyard of the police building.

It comes a day after French police went on strike across the country over increasing violence towards officers and rising suicide rates within the force.

French Interior Minister Christophe Castaner is at the scene.